Allergy and Autism: What's the Connection? 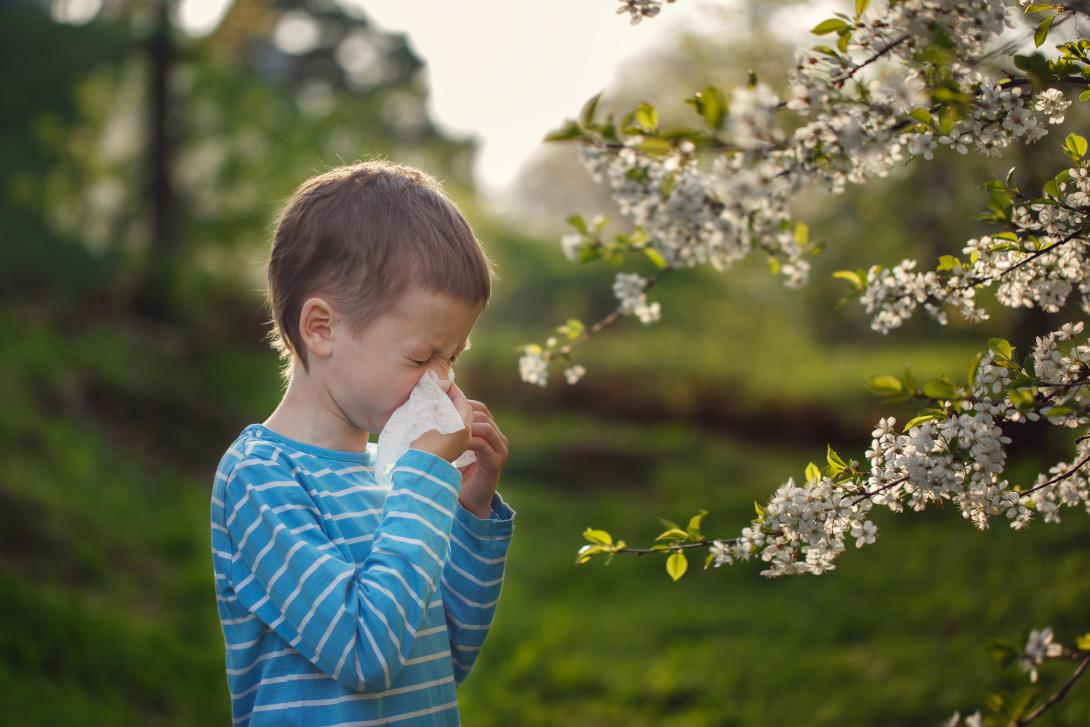 As of today, there is no cure for autism. In addition, experts don’t know what causes autism. Autism spectrum disorder (ASD) is a condition that affects a person’s brain development. This causes challenges with social interaction, limitations in behavior patterns, and a lack of communication skills.

New research shows that the immune system plays a role in autism. This means that individuals with autism are twice more likely to have a food allergy, a skin allergy, or a respiratory allergy. Food allergies, in particular, can make behavioral symptoms worse because the child cannot communicate their discomfort very effectively.

Autism is also often linked with immune system problems, gastrointestinal issues, and changes in gut microbes. This can result from sensitivity to certain foods or even food allergies.

This article will discuss the link between allergic conditions and autism.

What Are Food Allergies?

People with food allergies struggle with inflammation in the body because of a response from their immune system. The body produces an antibody called immunoglobulin. When released, histamines trigger the familiar allergy responses: sneezing, coughing, runny eyes and nose, tiredness, and even anaphylactic shock.

Anaphylaxis can be a life-threatening condition; if this shock occurs, then immediately call 911.

Children with autism spectrum might not be able to communicate their discomfort when they’re struggling with an allergic reaction. You might be able to see changes in behavior, such as becoming more extreme; they might even begin to have meltdowns or adverse reactions to certain foods.

Here are some signs:

Experts believe that the rate is related to the immune system since allergies are a standard mark for immune dysfunction in children with autism spectrum.

However, there is no proven link between allergies and autism or that allergies are implicated in the development of autism disorders. There are many people with severe allergies that do not show ASD symptoms. But children with food allergies are more likely to have asthma and other allergies.

How Common Are Food Issues Related to Autism?

Food intolerance is a common issue in children with autism. It can cause discomfort and increase behavioral problems. While intolerance is not the same as allergies, they have similar treatments.

In recent years, experts have found that the bacteria we have in our intestines affect the development of diseases and influence our moods. While this science is still in its infancy, researchers found differences in the gut microbiome among autistic children.

Certain foods can cause discomfort, pain, and distress in people with ASD. Autistic children are more likely to struggle with constipation, diarrhea, or stomach pain.

Types of Allergies Common in Children with ASD

Some types of food allergies are more common in children with autism than others. More often than not, individuals with autism are allergic to the following:

In addition, your little one might be allergic to shellfish, tree nuts, peanuts, etc. If you think your child has a food allergy, talk to your pediatrician for a test. A simple skin prick test will determine whether your child is allergic to certain foods or not.

Eosinophilic esophagitis (EoE) is an allergy that often appears among people with autism. This condition inflames the esophagus, and a type of white blood cell accumulates in that organ to cause chronic inflammation.

Symptoms of EoE include:

Do Food Allergies Worsen or Cause Autism?

Studies show that gluten and casein have been blamed for worsening symptoms in autistic children. In particular, these food proteins break into smaller proteins that act as a narcotic for children with ASD. As a result, it worsens behavioral changes.

Other foods like eggs, tomatoes, avocado, red peppers, and eggplant can worsen autism symptoms. However, experts on alternative medicine admit that allergy tests to these foods are usually negative. Most of the time, these children do not experience typical symptoms of food allergies, so it’s recommended to test for specific antibodies.

How Can Foods Worsen Autism?

While it’s not entirely clear that foods worsen autism, there are some theories. Autism can result from a loss of immune system regulation, increasing inflammatory-cause chemical signals from white blood cells.

Studies show that children with autism respond to certain foods by producing more inflammatory cytokines responsible for neurological abnormalities seen in children with ASD. The levels of cytokines were higher in autistic children than in neurotypical peers after being exposed to gluten or casein.

Should You Avoid Gluten and Casein?

There is not enough evidence that supports the following casein or gluten-free diet. On the other hand, it can be dangerous to avoid nutritionally essential food (milk or wheat), especially in children with ASD.

Of course, as a parent, you’re worried about these problems, and you want your best for your little one. You might be willing to try anything to help your child, but it’s important to speak to your healthcare provider first about your little one’s diet. Usually, following a diet can affect the whole family, and it usually takes time. Be patient—changes won’t come overnight or even in the first few weeks.

Furthermore, working with a behavior therapist will help you understand whether feeding issues have a brain-related cause or if it’s based on the child’s discomfort due to communication difficulties. By working together with your child’s pediatrician, you can determine if it’s about food allergies or not. In addition, a food specialist can create an eating plan that ensures your autistic child gets all the nutrition they need without any allergic foods.

Are Women with Auto-Immune Diseases at Risk for Having Autistic Children?

Research suggests that pregnant women with various auto-immune diseases, such as rheumatic fever, can have a small increased risk of having a kid with ASD. Of course, not all studies have found this link. However, in these studies, the risk of having children with autism while having immunity issues is not high.

This is not clear, but the cytokines may somehow contribute to the autism symptoms in genetically predisposed kids.